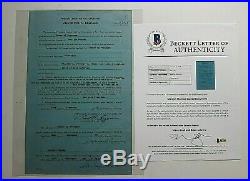 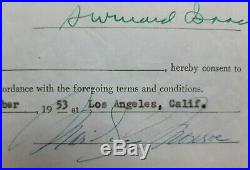 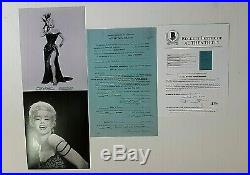 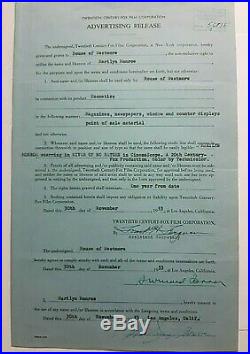 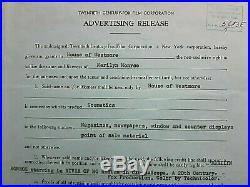 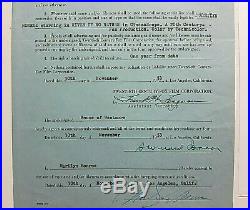 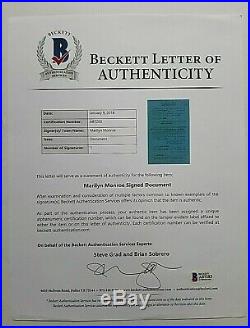 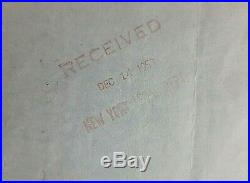 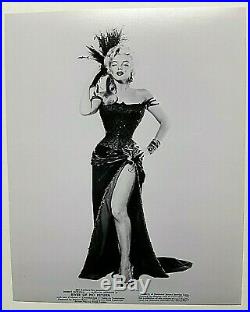 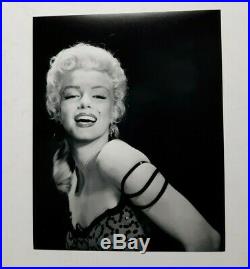 GUARANTEED AUTHENTIC FOR LIFE. Choice DS, signed Marilyn Monroe, one page, 8.5 x 13.25, November 30, 1953. Advertising release issued by Twentieth Century-Fox Film Corporation, granting House of Westmore the right to use the likeness of Marilyn Monroe in advertising their cosmetic products, with the stipulation that the following credit line shall appeareasily legible: Marilyn Monroe starring in River of No Return in CinemaScope. A 20th Century-Fox Production. Nicely signed at the conclusion in blue ballpoint by Monroe and countersigned by representatives from both companies. At this time the production of River of No Return was finishedit had been shot in Canada over the summerbut it would not be released until the following spring. Interestingly, it was the first film to be shot in Canada using CinemaScope and the cinematography received critical acclaim despite overall lukewarm reviews of the movie. Among the cosmetics advertised by Westmore using Monroes image were their Tru-Glo liquid makeup, Party Puff powder makeup, and Kiss-Tested lipstick. In addition to the relation to one of Monroes films, this is an uncommon type of document and is remarkably well-preserved. Accompanied by a full letter of authenticity from Beckett Authentication Services, as well as two modern prints of publicity photos from the role. The item “MARILYN MONROE SIGNED RELEASE CONTRACT RE RIVER OF NO RETURN 1953 COA BECKETT” is in sale since Thursday, November 24, 2016. This item is in the category “Collectibles\Autographs\Other Collectible Autographs”. The seller is “rachelejulian” and is located in Tinley Park, Illinois. This item can be shipped worldwide.