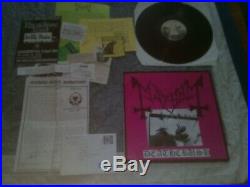 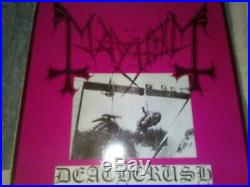 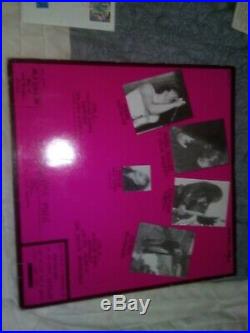 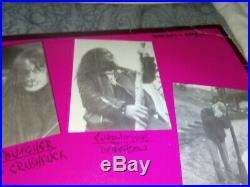 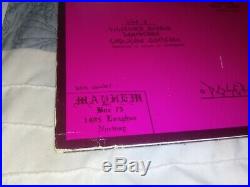 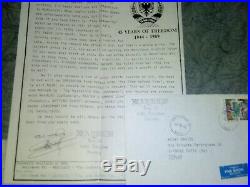 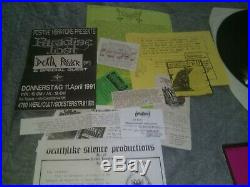 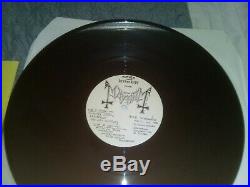 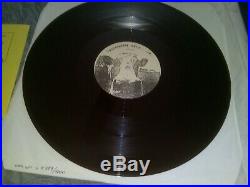 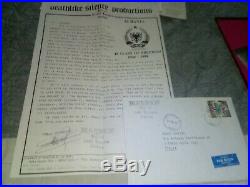 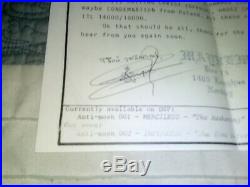 THIS IS A PIECE OF ROCK HISTORY!! Arguably the first black metal album ever released (actually an EP). They are the band featured in the new movie release, “The Lords of Chaos” The unholy grail of black metal! Mayhem Deathcrush Lp, ORIGINAL RELEASE (FRANK 001) #879 of 1000 copies, with Euronymous hand signed letter & envelope, sent from Mayhem HQ in Norway! Also included are all flyers included both, in the album cover & in Euronymous’ letter. Album cover has 2 slight corner creases & very minor edge wear but otherwise in great shape for a 32 year old album. No tears & cover retains original gloss. Vinyl is perfect, never played. Mayhem is the most notorious band in history. The singer, “Dead”, committed suicide by knife & shotgun. His body was found by Euronymous, who instead of calling police, rearranged the body & weapons then took pictures of the very bloody scene. One of the pictures of his exploded skull became the cover of a “semi bootleg” lp, “Dawn of the Blackhearts”. He took skull fragments which he made into necklaces for the band & others he deemed “worthy”. He also claimed to have eaten flesh from Deads body. Necrobutcher, the bass player quit the band at this point, only to be replaced by Varg Vikernes, who ended up killing Euronymous. He & Euronymous burned several churches in Norway prior to the murder. Vilkernes served 15 years for the murder & church burnings & is now the one man band, “Burzum” and lives with his family under the name “Louis Cachet”, in France. The “FRANK 001″ comes from a hobo friend of theirs. On the lp label it says “In Frank we trust”. This original 1987 release was limited to 1000 copies of which this is number 879. There are several errors on the album: #1, the cover was to be blood red, as in the subsequent re-releases. Instead it arrived in hot pink. #2 Euronymous’ instrument played was left off the back cover so he hand wrote “death saw” as his instrument on each of the 1000 albums! Euronymous also personally hand numbered each lp. Mayhem continues at the forefront of Black Metal today with singer Attila, drummer Hellhammer, guitarist Teloch & the original bassist Necrobutcher. This is the chance to own a piece of metal history! The album will come with a signed 100% lifetime guarrantee of authenticity from me with my contact info. But this album has so many idiosyncracies it really couldnt be faked easily. PLEASE FEEL FREE TO ASK QUESTIONS. ILL BE HAPPY TO ANSWER THEM. The item “Mayhem Deathcrush Lp, #879 of 1000 with Euronymous hand signed letter” is in sale since Sunday, April 7, 2019. This item is in the category “Collectibles\Autographs\Other Collectible Autographs”. The seller is “herbalist116″ and is located in Clearlake Oaks, California. This item can be shipped worldwide.