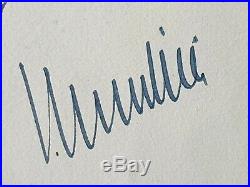 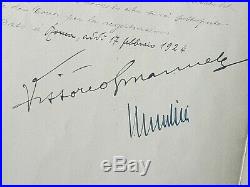 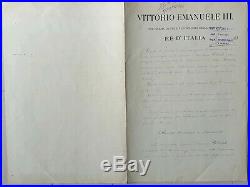 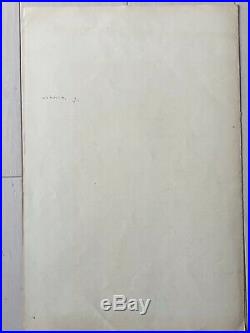 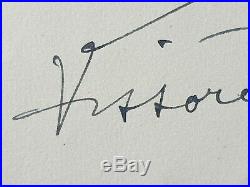 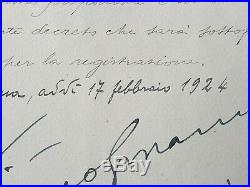 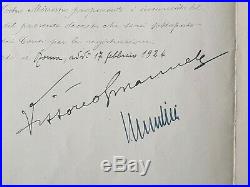 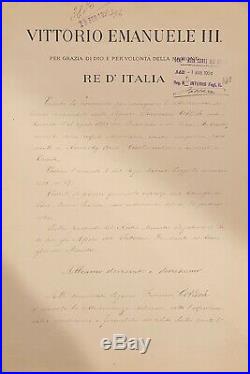 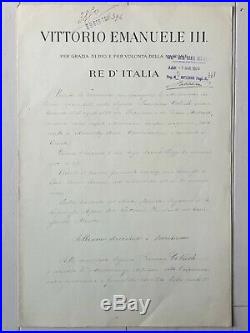 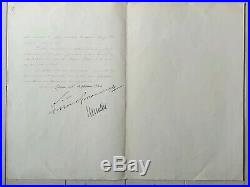 For your consideration is an authentic hand signed 1924 BENITO MUSSOLINI and ITALY KING VICTOR EMMANUEL of Italy signed document manuscript. This document is signed by both Mousellini and King Emmanuel of Italy. Benito Amilcare Andrea Mussolini Italian: be’ni? Ni; 29 July 1883 – 28 April 1945 was an Italian politician and journalist who was the leader of the National Fascist Party. He ruled Italy as the prime minister from 1922 to 1943; he constitutionally led the country until 1925, when he dropped the pretense of democracy and established a dictatorship. Mussolini inspired several totalitarian rulers, such as Adolf Hitler. Known as Il Duce (“The Leader”), Mussolini was the founder of Italian Fascism. In 1912, Mussolini had been a leading member of the National Directorate of the Italian Socialist Party (PSI), but was expelled from the PSI for advocating military intervention in World War I, in opposition to the party’s stance on neutrality. Mussolini served in the Royal Italian Army during the war until he was wounded and discharged in 1917. Mussolini denounced the PSI, his views now centering on nationalism instead of socialism and later founded the fascist movement which came to oppose egalitarianism[8] and class conflict, instead advocating “revolutionary nationalism” transcending class lines. Following the March on Rome in October 1922, Mussolini became the youngest Italian Prime Minister up to that date. After removing all political opposition through his secret police and outlawing labor strikes, Mussolini and his followers consolidated their power through a series of laws that transformed the nation into a one-party dictatorship. Within five years, Mussolini had established dictatorial authority by both legal and extraordinary means and aspired to create a totalitarian state. In 1929, Mussolini signed the Lateran Treaty with the Vatican, ending decades of struggle between the Italian state and the Papacy, and recognized the independence of Vatican City. Mussolini’s foreign policy aimed to expand the sphere of influence of Italian fascism. In 1923, he began the “Pacification of Libya” and ordered the bombing of Corfu in retaliation for the murder of an Italian general. In 1936, Mussolini formed Italian East Africa (AOI) by merging Eritrea, Somalia and Ethiopia following the Abyssinian crisis and the Second Italo-Ethiopian War. In 1939, Italian forces occupied Albania. Between 1936 and 1939, Mussolini ordered the successful Italian military intervention in Spain in favor of Francisco Franco during the Spanish civil war. At the same time, Mussolini’s Italy tried to avoid the outbreak of a second global war and took part in the Stresa front, the Lytton Report, the Treaty of Lausanne, the Four-Power Pact and the Munich Agreement. However, Italy distanced Britain and France by forming the axis powers with Germany and Japan. Germany invaded Poland on 1 September 1939, resulting in declarations of war by France and the UK and the start of World War II. On 10 June 1940-with the Fall of France imminent-Italy officially entered the war and eventually occupied parts of south-east France, Corsica, and Tunisia. Mussolini planned to concentrate Italian forces on a major offensive against the British Empire in Africa and the Middle East, known as the “parallel war”, while expecting the collapse of the UK in the European theatre. The Italians invaded Egypt, bombed Mandatory Palestine, and occupied British Somaliland with initial success. However, the British government refused to accept proposals for a peace that would involve accepting Axis victories in Eastern and Western Europe; plans for an invasion of the UK did not proceed and the war continued. In October 1940, Mussolini sent Italian forces into Greece, starting the Greco-Italian War. The Royal Air force prevented the Italian invasion and allowed the Greeks to push the Italians back to Albania. The Balkan campaign was significantly prolonged until the definition of the Axis occupation of Greece and Yugoslavia. Furthermore, the German invasion of the Soviet Union and the Japanese attack on Pearl Harbour forced Mussolini to send an Italian army in Russia and declare war on the United States. Mussolini was aware that Italy, whose resources were reduced by the campaigns of the 1930s, was not ready for a long conflict against three superpowers but opted to remain in the conflict to not abandon the fascist imperial ambitions. In 1943, Italy suffered major disasters: by February the Red Army had completely destroyed the Italian Army in Russia; in May the Axis collapsed in North Africa despite previous Italian resistance at the second battle of El Alamein. On 9 July the Allies invaded Sicily; and by the 16th it became clear the German summer offensive in the USSR had failed. As a consequence, early on 25 July, the Grand Council of Fascism passed a motion of no confidence in Mussolini; later that day the King dismissed him as head of government and had him placed in custody, appointing Pietro Badoglio to succeed him as Prime Minister. Adolf Hitler, after meeting with the rescued former dictator, then put Mussolini in charge of a puppet regime in northern Italy, the Italian Social Republic (Italian: Repubblica Sociale Italiana, RSI), informally known as the Salò Republic. In late April 1945, in the wake of near total defeat, Mussolini and his mistress Clara Petacci attempted to flee to Switzerland, but both were captured by Italian communist partisans and summarily executed by firing squad on 28 April 1945 near Lake Como. His body was then taken to Milan, where it was hung upside down at a service station to publicly confirm his demise. The item “Benito Mussolini Signed Document King Emmanuel Italy The Crown Dowton Abbey WWII” is in sale since Monday, April 8, 2019. This item is in the category “Collectibles\Autographs\Historical”. The seller is “galleryoff5th” and is located in Baltimore, Maryland. This item can be shipped worldwide. 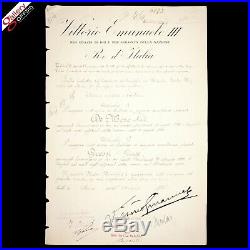 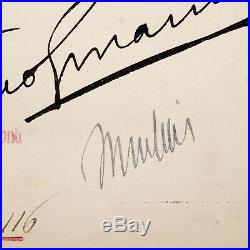 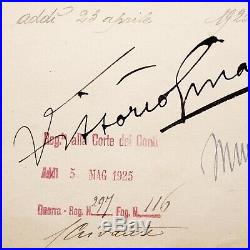 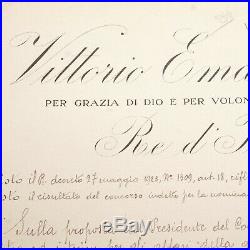 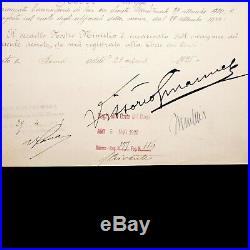 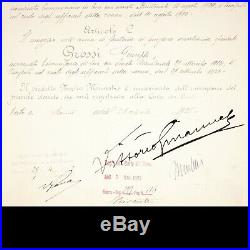 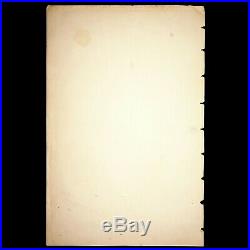 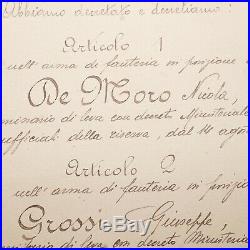 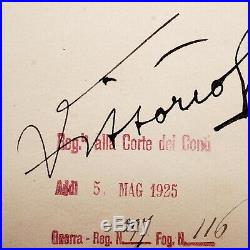 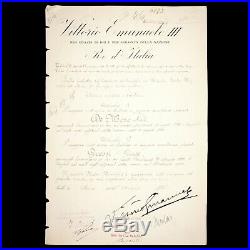 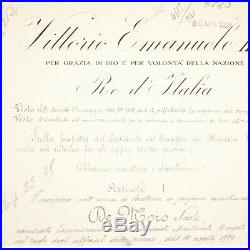 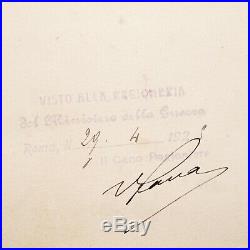