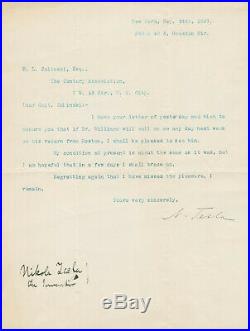 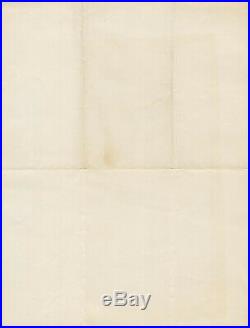 Letter signed by Nikola Tesla in 1897. 8″ x 10.5″. Folds and creases from storage in envelope, but has been laying flat for decades now. Front is clean with a bit of soiling to rear. Recipient was Captain Edmund Zalinski, born in Poland in 1849, emigrated to America in 1853, and joined the Union Army in 1864 as a teenager. He went on to a long career as a military engineer and inventor, most notably developing the pneumatic dynamite torpedo-gun (called the Zalinski gun) and working on early prototypes of military submarines, including with John P. Holland (I have a manuscript letter from Holland to Zalinski listed at this time). This letter is the second of two Tesla signature which came from an archive of material received by Zalinski around the time of the Spanish-American war which he then presented to Gertrude Whiting for her autograph collection. The notation at the bottom (“Nikola Tesla/the Inventor”) is in his hand. I can provide an image of this on request, as well as Zalinski’s handwritten note regarding acquiring the signature for her. It is my understanding that Tesla and Zalinski were acquaintances, if not friends. They were both part of the same New York social circle, both inventors, and both Eastern European immigrants. Tesla also experimented with a remote control torpedo boat which he unveiled in 1898. Either way, such overlap makes for a wonderful scientific and engineering association. I’m happy to field any questions about the item and its provenance. The item “Nikola Tesla SIGNED Autographed Letter to Edmund Zalinski 1897 Great Provenance” is in sale since Thursday, December 12, 2019. This item is in the category “Collectibles\Autographs\Science, Inventor”. The seller is “catringfancy” and is located in Amherst, Massachusetts. This item can be shipped to United States. 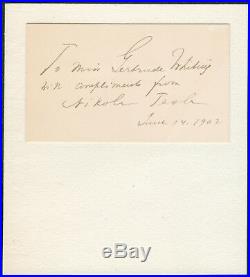 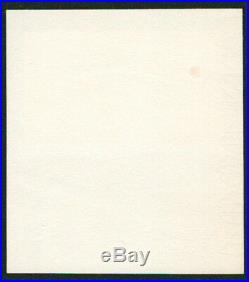 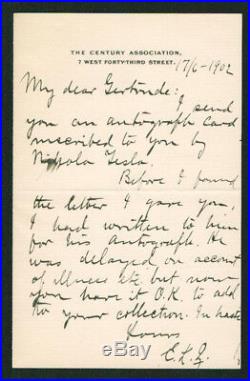 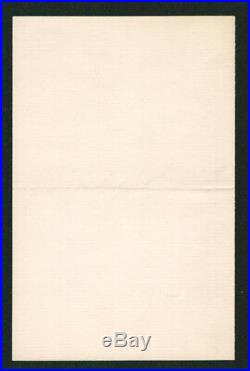 Signed and inscribed sentiment by Nikola Tesla, dated June 14th 1902. 3.6″ x 1.9″ heavy stock notecard mounted on 4″ x 4.45″ piece of archival paper. With accompanying letter providing provenance from Edmund Zalinski to Gertrude Whiting. This, along with another Tesla letter which I have kept for my own collection, is essentially the crown jewel of the large archive of autographs assembled by Gertrude Whiting, about half of which were acquired by Zalinski and given to her. Captain Zalinski was a military engineer and inventor and most notably developed the pneumatic dynamite torpedo-gun (called the Zalinski gun). His work concentrated on naval, particularly submarine technology. There was a small overlap here with Tesla, who in 1898 tested a remotely controlled boat. Zalinski lived at the Century Club, as can be seen on the letterhead that he wrote to Ms. Whiting regarding his acquisition of Tesla’s signature. I literally have hundreds of items from the Zalinski-Whiting pair and the ones that I have found saleable are being listed online here. Update: Pictures have been updated with higher resolution versions. The item “Nikola Tesla SIGNED AUTOGRAPHED Notecard Dated 1902 and with PROVENANCE” is in sale since Thursday, November 29, 2018. This item is in the category “Collectibles\Autographs\Science, Inventor”. The seller is “catringfancy” and is located in Amherst, Massachusetts. This item can be shipped to United States.